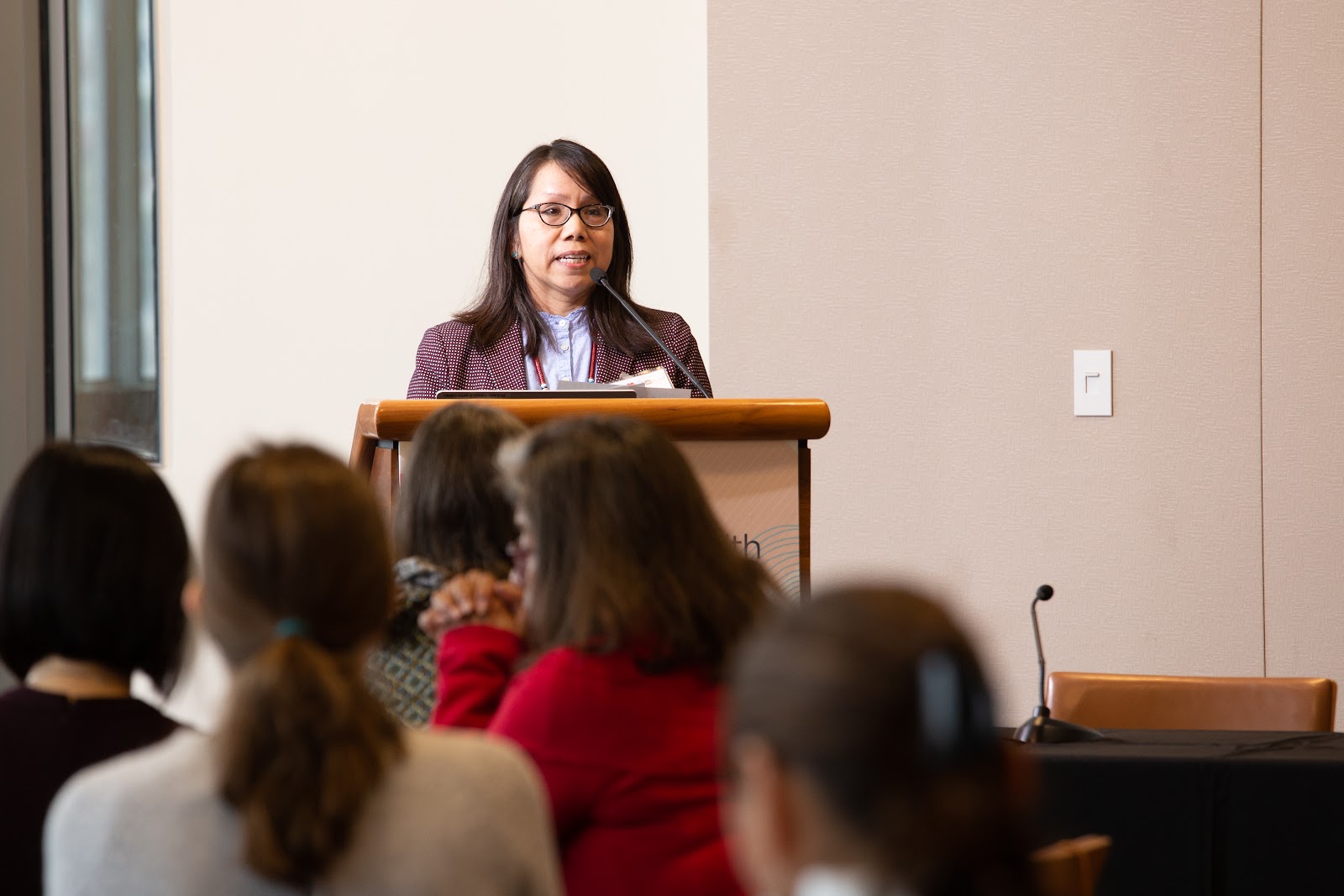 The group met at the National Museum of the American Indian to explore best practices and culturally competent ways of engaging and supporting Native American women in preventing and living with heart disease.

A Convening on Native American Women and Heart Disease

There were dynamic panels that presented lessons learned from existing public health programs and allotted time for small groups to generate recommendations for moving the work forward. Two Native women shared their stories and experiences of living with heart disease, including WomenHeart Champion Brandie Taylor, a legislator for the Iipay Nation of Santa Ysabel in California. Also among the distinguished attendees were Debra Gee, J.D., WomenHeart board member and citizen of the Navajo Nation, who welcomed guests on behalf of WomenHeart.

Participants heard presentations that featured findings from the Strong Heart Study, the largest epidemiological study of cardiovascular disease in American Indians, and panel discussions that centered on some common themes. In particular, speakers echoed the cultural importance of including and listening to elders.

Other topics included keeping stories at the center of work done to raise awareness or to educate about health risks. When designing health interventions that are holistic, leaders were urged to understand and factor in the diversity of experiences and context in which Native American women live, and deputize power to women in Native American communities.

The night before the meeting, WomenHeart and NHLBI co-hosted a reception in the Rayburn House Office Building in cooperation with the Congressional Caucus on Native Americans. Meeting participants mingled with Congress staff members to talk about their work and what brought them to this event.